ShopSite recently released a 64-bit version of it’s eCommerce software.  Previous versions were all 32-bit, so this version should be twice as good, shouldn’t it?  After all, the personal computer industry has progressed from the original 8-bit computers to 16-bit, then to 32-bit, and now to 64-bit.  And hasn’t each generation of computers been progressively faster?  The answer is, of course, that the overall systems and programs have gotten faster and the size of the data they can manipulate has likewise gotten larger.  Probably the biggest benefit to current 64-bit computers and servers is the ability to have a much larger size of memory for use by the operating system and programs. 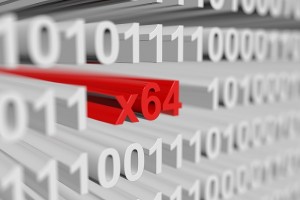 Today, the vast majority of 32-bit ShopSite installations are running on 64-bit servers where the operating system can run faster and have more memory to work with. And while it is true that 64-bit programs should also be quicker, the biggest benefit for 64-bit ShopSite is that it’s databases are no longer limited to approximately 2 GB of storage.  ShopSite has several SQL databases that it uses.  The largest is typically the one that stores page, product, and order information.  Since images are not stored in these databases, just text, they can easily hold tens of thousands of products, and a merchant would rarely encounter the 2 GB limit.  For busy sites, however, that keep all their orders over the years and/or have tens of thousands of products, they can reach this limit.  So for these merchants it is a no brainer to upgrade to the 64-bit version.

What Is The Current Size Of Your Database?

It is easy to check if your store is approaching the limit.  From the Utilities menu, click on Database and you can see the current size of each database in bytes

One other benefit to the 64-bit version of ShopSite is that for the 32-bit version to run on a 64-bit operating system, that server has to have some 32-bit compatibility libraries (programs) installed.  Most hosting companies either already have these libraries installed or have no problem installing them.  But there are some that, for whatever reason, don’t want to take the time to install them or lack the technical ability to do so.

What Version Are You Running?

To see if the version of ShopSite you are running is 64-bit, you merely need to look at the bottom left corner of the merchant interface where you’ll see the words 64-bit

For the vast majority of merchants, the 32-bit flavor of ShopSite has more than enough power and storage for their store.  But if you need more than that, the 64-bit version is now available for Linux servers.